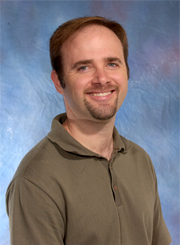 My laboratory is characterizing the molecular mechanisms by which fungi generate surface-attached, multicellular communites called biofilms. Microorganisms display unique characteristics when growing as biofilms, including increased resistance to environmental stresses (ie. antimicrobials, the host immune system, and other microbes) and an enhanced ability to colonize and invade the surrounding environment. Due to these characteristics, fungal biofilms formed by yeast species (ie. Candida albicans) on intravascular catheters have become a major source of life-threatening bloodstream infections in patients in intensive care units (ICUs). In fact, Candida is the fourth most common cause of catheter-related bloodstream infections in ICUs, and has the highest mortality rate.

The bakers' yeast Saccharomyces cerevisiae, although not generally a pathogen, has proven to be a powerful model for studying Candida. I discovered that S. cerevisiae forms biofilms on several inert surfaces. Saccharomyces biofilms model many important characteristics of fungal biofilm development, including surface attachment, complex cell-cell attachments (multicellular architecture), and biofilm expansion and colonization. In order to understand how biofilm formation is regulated in Saccharomyces, DNA microarrays were used to compare the whole genome transcriptional profiles of biofilm cells to unattached cells. This strategy identified genes comprising several molecular pathways. Further characterization using classical genetics and molecular biology has revealed that several of these pathways play important roles in regulating biofilm formation. Interestingly, some of these pathways regulate the expression of a large cell-surface glycoprotein called Flo11p, and we have found that Flo11p is necessary for biofilm formation. My lab is using genetic, genomic, and proteomic approaches to analyze these genes and proteins, and identify their contributions to biofilm formation.