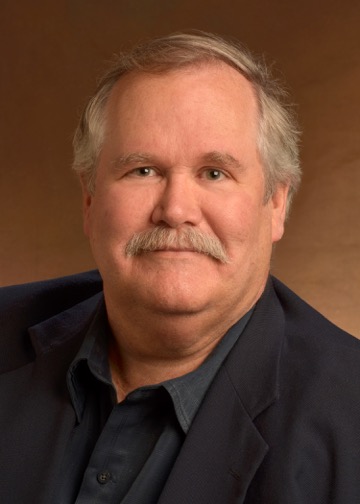 Environmental Remediation & Water Resources Program
The key driver for this program is to improve the scientific foundation of hydrological, biological, and geochemical processes and their interactions relevant to environmental remediation, water resources, and enhanced energy production. Using theoretical, numerical, and experimental approaches, the research program is unique in that it spans molecular-to-field scales in the development of system behavior insights, as well as novel tools and approaches. Research in this program is accomplished by approximately 40 LBNL scientists and postdocs, who are members of all five Earth Science Division Departments. Many of the projects are performed through collaboration with other National Laboratory, University, and Industry partners. The annual support for this program, which was approximately $15 Million in FY09, is provided by a variety of sponsors, including the Department of Energy, the Department of Defense, and California Water Agencies.

Detection of bio-sustainable energy and nutrient cycling in the deep subsurface of Earth and Mars
Geochemists, chemists, microbiologists, and hydrologists on the IPTAI team are collaboratively investigating physical and chemical limitations on life beneath the subsurface of Earth. Instrumental detection and monitoring of subsurface ecologies on Earth will be used to design life-detection strategies for the subsurface of Mars. The IPTAI team has recovered microbes (Bacteria and Archaea) from 10- to 100-million-year old, highly saline, fracture water at depths up to 3200 m in South African gold mines. Sulfate reducing bacteria appear to dominate this ecosystem; other indigenous microbial species can be detected, but their pathways of electron transfer are not fully characterized. We are interested in the identification of specific genes that are critical to the survival of microbes in a wide range of subsurface environments. Life forms in the subsurface of other planets presumably concentrate energy from geological sources similar to those on Earth but the composition and configuration of extra-terrestrial biomolecules could be radically different from those on Earth. In order to design effective life-detection instruments for subsurface planetary probes, we must identify the fundamental elements and behaviors common to subsurface ecosystems on Earth.

Aerobic Landfill Bioreactors
Previous work on landfills has focused mostly on anaerobic pathways of biodegradation. Modeling of landfills has been sparse due to difficulty in dealing with the heterogeneous nature of the refuse as a media for flow and transport and as a nutrient source, making predictive modeling and real-time control of processes less than optimal There has also been an increasing focus on landfills gases as a major contributor to green house gas and increasing costs of usable land, containment costs, and prolonged liability for landfill sites.
Our approach is to use mesoscale models of landfill refuse to determine aerobic parameters that are critical to optimizing biodegradation and stabilization of refuse and to use LBNL developed codes TOUGH2 and ITOUGH2 to develop a numerical simulation model of aerobic bioremediation of landfills. We are also pursuing field demonstrations to help verify and fine tune simulation model and critical parameters discovered in mesoscale studies at California municipal landfills and western DOE sites.

PCAP (Protein Complex Analysis Project)
This project aims to characterize microbes under stress response to conditions commonly found in U.S. Department of Energy (DOE) metal and radionuclide contaminated sites, with an emphasis on high-throughput analysis of microbial multi-protein complexes. The project integrates microbiology (production of tagged protein expression strains and biomass production), multi-protein complex isolation and identification by mass spectrometry, imaging multi-protein complexes by electron microscopy, and computational analysis and modeling that seeks to understand how these complexes control a microorganism’s ability to survive in relevant contaminated environments while reducing metals and radionuclides. Data production and analysis methods will be automated to establish a pipeline that can analyze the majority of stable multi-protein complexes in a microbe as well as a number of unstable complexes. The project, awarded in October 2005, will build on the research and infrastructure of an on-going Genomics:GTL project “Rapid deduction of stress response pathways in metal and radionuclide bacteria” that established the Virtual Institute for Microbial Stress and Survival (VIMSS).

The Virtual Institute of Microbial Stress and Survival (VIMSS), based at Lawrence Berkeley National Laboratory, supports an integrated and multi-institutional program to understand the ability of bacteria and other microorganisms to respond to and survive external stresses.VIMSS was established in 2002 with funding from the U.S. Department of Energy Genomics: GTL Program for Rapid Deduction of Stress Response Pathways in Metal/Radionuclide Reducing Bacteria.