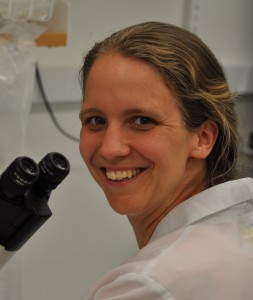 While the human genome is often considered simply a linear sequence of protein coding genes, all this genetic information is stored in 2 meter long chromosomes that must be folded and packaged into a 10 micron nucleus.  To ensure normal development, homeostasis, and health, this 3D genome folding must allow accurate regulation of gene expression, repair after damage, and copying and segregation of the genome during cell division.

Recent research in has shown that the mammalian genome is packaged in a hierarchical organization, from small scale loops bringing enhancers in contact with gene promoters to large scale chromosome territories. Disruption of 3D genome structure occurs in cancer, developmental disorders, premature aging disorders, and other diseases, but the fundamental principles and building blocks of genome structure remain uncharacterized.

Our research goals are to:

Our research tools include: