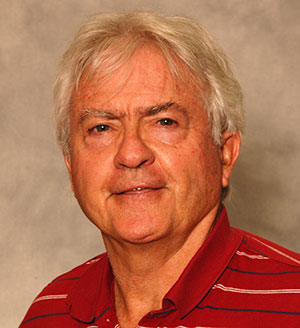 My research is in the field of infectious disease and has focused on viral immunology and immunopathology. We have mainly studied herpes simplex virus (HSV) infection in mice both with a view to devising successful vaccines and more particularly to determine how HSV causes tissue damage in critical tissues such as the eye and nervous system. We have worked on both host innate and adaptive immune mechanisms, particularly the T cells responsible for immunity as well as those involved in orchestrating tissue damage. We have defined the role of several subtypes of proinflammatory T cells as well as numerous cytokines and chemokines. Our group was the first to show a role of regulatory T cells (Treg) in the host response to a virus infection. We demonstrated that Treg responses could act to inhibit the efficiency of immunity, but that Treg were valuable to modulate the severity of immunopathological responses, such as those that occur in the corneal stroma after HSV infection of the eye. My group has studied the important blinding lesion herpes stromal keratitis (SK) for >30 years and has demonstrated how multiple events set off by ocular HSV infection culminate in SK. We have paid particular attention to the non specific inflammatory cells, particularly neutrophils, that are recruited to the eye and which appear to be mainly responsible for the tissue damage that occurs. We were also the first to show a critical role for corneal neovascularization (CV) during SK pathogenesis, identified several angiogenic factors and studied how such factors are generated following HSV infection. We have also investigated how to diminish the extent of CV and have shown that controlling CV represents a valuable means of therapy, particularly if combined with approaches that control other critical events in lesion pathogenesis. Recently, we have also investigated various ways of modulating the extent of proinflammatory T cell involvement during SK with a view to understanding how to optimally achieve lesion resolution. We have shown that host derived factors such as Galectin 9 and Galectin 1 can be manipulated to achieve control of lesion severity as can be approaches that modulate Treg numbers and activity. We have also shown how molecules derived from Omega-3 polyunsaturated fatty acids, such as some synthetic resolvins and protectins, participate in the control of lesions. Our therapeutic studies have also manipulated levels of multiple microRNA species that are involved in SK as well as encephalitis caused by HSV. Most recently the main direction of our research has turned toward characterizing and manipulating the metabolic requirements of immune cells involved in SK with a view to changing the balance of responses to minimize tissue damage.